Shorting or selling a call is the opposite of buying a call. When you buy a call you typically expect or want the underlying to go up in price since you have purchased the right to buy the underlying at a specific price.

When you short a call you are giving someone else the right to sell you the underlying at that price or strike. 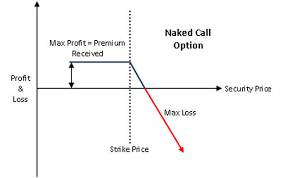 When you buy a call you know your risk is whatever you paid for the call itself. Your potential gain is undefined. When you sell a call it is the opposite. You can only make what ever credit your get when you sell the call and your risk is undefined. Theoretically, your risk in infinite, although it is unlikely in practical terms the underlying will go to infinity. However, it could go up enough to bust your account.

So, you are probably asking why would you ever want to sell a call? First of all, selling calls can be part of more complicated strategies such as butterflys, calendars, iron condors, strangles and credit spreads so it is important that you understand how they work.

In addition, if properly placed, selling calls can be done at a very high probability of success. Meaning you could be profitably on 90% or greater of your trades if you sell the calls at the right place and time. Of course, you have to be prepared to defend the trade the 10% of the time that it might go wrong. It could also go VERY wrong if you are really unlucky.

There are lots of strategies you can use to determine where to sell a call to give you a high probability of the underlying closing below your short call. You can also trade a more aggressive and lower probability type of trade by selling a call based on a directional basis.

If you are trading the more aggressive strategy, you would sell the call at close to at the money. You can get a very good credit but you had better be right.

I typically prefer a higher probability trade by selling calls out of them money at a delta of .30 or less. I also like to sell calls at about 14 days until expiration when possible. Sometimes I might go out 30 days but I don’t like them as well. Why do I pick these expirations? Because time decay accelerates at about 30 days and exponentially increases as you approach the expiration date.

Since you are selling time, you want to sell the call when you have the highest time decay.

Let’s look at a couple of examples.

If you want to go our 30 days, you can sell the same call for $85.00. Your probability goes down to 78% because of the added time. However, you get a slightly higher credit.

What if you think IBM is going down from here?

You could sell the $146 call expiring in 16 days for $2.00 or $200.00. Your breakeven is the strike you sold plus your credit so if IBM is trading over $148.00 at expiration you will lose money. This is a more aggressive directional trade so probabilities really don’t play into this type of trade. You had better have the direction right.  That being said, the probability is about 70% for those that are curious. I know that sounds pretty good but you don’t’ have a lot of room to be wrong. 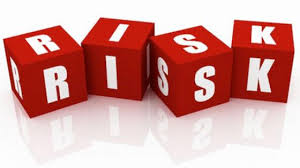 Shorting or selling naked options is a high risk and potentially dangerous strategy. Sometimes, I do trade them, especially with strangles, but you need to understand and accept the potential risk. Also, be prepared to defend.